The digitalization of healthcare must go far beyond the fascination with new technologies and instead become a core strategy for strengthening health systems around the word. The way to sustainable, patient-centered healthcare based on the principles of equality and solidarity will be led by digital health. During the Symposium on the Future of Digital Health Systems in the European Region (Copenhagen, 6-8 February 2019), organized by the WHO Regional Office for Europe and the Norwegian Centre for E-health Research, we realized how digital health and public health desperately need each other.

“Digitalizing health systems is a key component in achieving universal health coverage, which is based on the belief that all people should have access to the health services they need – including disease prevention, health promotion, rehabilitation and palliative care – without the risk of financial ruin or impoverishment. In this context, digital health has an important role to play in improving the reach, impact and efficiency of modern health care and in delivering patient-centered services,” said Zsuzsanna Jakab, Director of the World Health Organization’s Regional Office for Europe, in her opening keynote speech.

Digital health is a promising enabler for the achievement of Universal Health Coverage (UHC) through its ability to extend the scope, transparency and accessibility of health services and health information. It improves public health surveillance, facilitates the training of the health workforce, links databases for Big Data analyses, provides health services and preventive measures to remote and underserved populations, empowers patients and helps them to take control of their heath. Technologies support healthcare institutions so that they can work in a more effective and efficient way.

“While at times technology can appear hard and impersonal, it also has a unique ability to support and bind us as human beings, as families, as societies. And in no area is this more relevant, or more necessary, than in the delivery of health services to our populations, especially to those who are most disadvantaged, marginalized or vulnerable,” emphasized Zsuzsanna Jakab.

“After all, the real value in digital health lies in its ability to allow us to be human. It’s the Roma mother who is able to share her anxieties with a community health worker thanks to a telehealth translation service. It’s the patient with chronic disease who is received by a hospital emergency department ready to meet his complex health needs because of the availability of electronic health records at the right place and time. It’s you and it’s me when we need timely access to health services and health information,” continued the Director of the World Health Organization’s Regional Office for Europe during her speech.

One of the threats to the stability of health systems in Europe is the growing burden of non-communicable diseases and the ageing population. We need to move from hospital-oriented healthcare towards prevention and health promotion, and thoroughly rethink the approach of delivering health services by linking investments in digital health to key public health goals. Otherwise, the technology will develop for its own sake, in isolation from health systems, as a separate field. This may lead to a digital divide, where new tools are available only for small, privileged groups of patients. To avoid this, digitalization must be included in national and international healthcare strategies, the private sector must cooperate with the public sector. 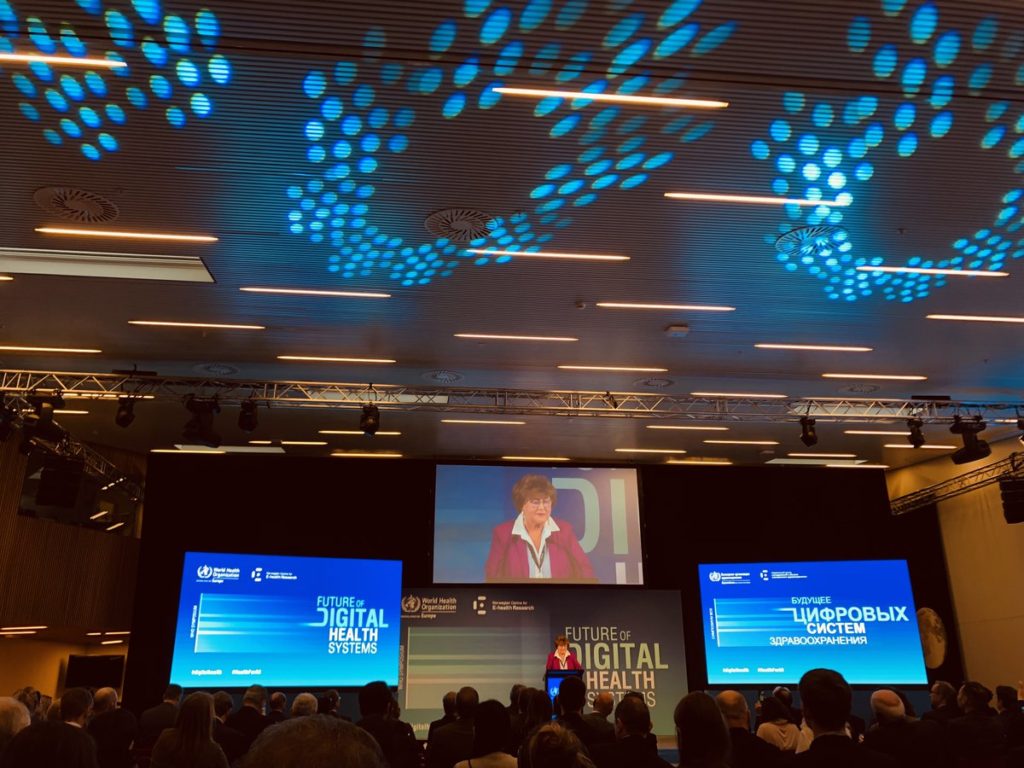 “It is therefore time to accelerate our activities in order to build the future of digital health systems in Europe. Digital health has an indisputable role in shaping the future of our health and well-being, and increased public health engagement in its adoption is vital to ensuring a future where the benefits of digital health for all are realized,” concluded Zsuzsanna Jakab.

So far the approach to digital health from public institutions could be described as “careful”. We already observe a rising divide between new technologies and legislation. While the waiting times to access physicians in some countries are rising alarmingly, many are against the liberalization of some regulations like for example those concerning the reimbursement of telemedicine services. Using Big Data analyses opens up opportunities to speed up the research into new drugs, but many initiatives are stalled in never-ending debates concerning data security and privacy. Denmark’s Minister for Health Ellen Trane Nørby rightly said that we need to be visionary and courageous when it comes to digital health. We also have to take political responsibility and start to think outside-the-box in designing future healthcare systems. The patient is no longer a receiver of health services but a stakeholder and a co-creator of health. The challenge is to create a system where we prevent people from becoming patients. To achieve the potential of digital health we can’t forget about the pillars of digitalization: data safety, transparency and credibility. Without them society won’t trust new technologies. There is always a risk when you go into something new (digital health), but we have to distil opportunities and minimize threats, otherwise the safety issues will be like a wall.

But there are also countries that follow the newest trends to benefit from the digitalization of health, Malta is among them. During the conference, Chris Fearne, Deputy Prime Minister and Minister for Health (Malta) presented an innovative approach to innovations. For example, to ensure secure data exchange, blockchain has been introduced. He assumes that Big Data is a key to the evidence-based medicine that is the prerequisite of patient-centered healthcare. 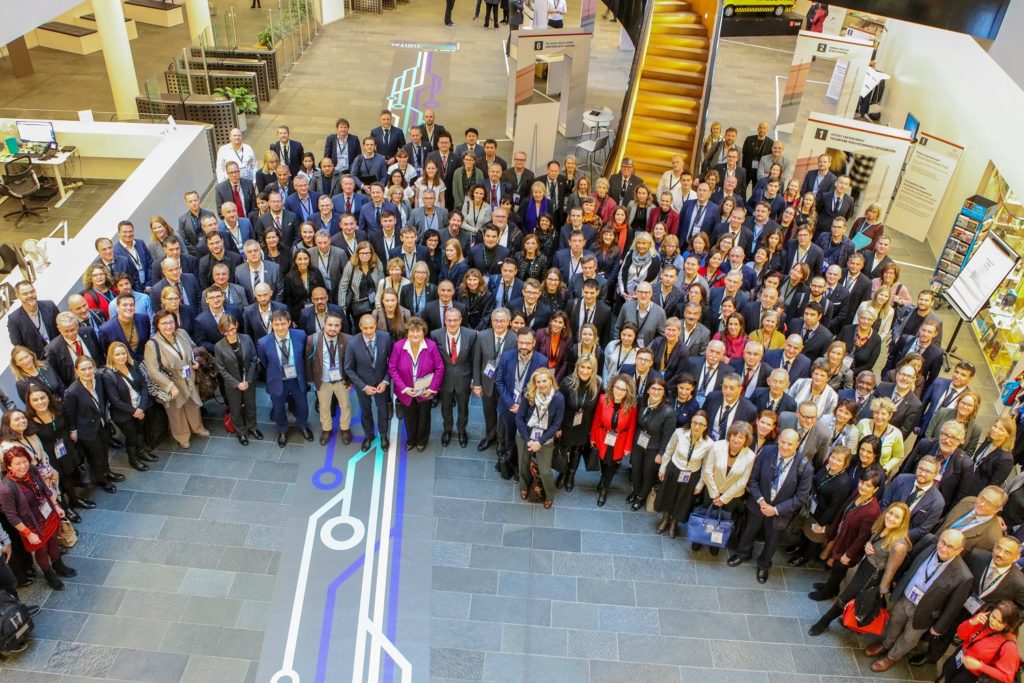 There is a lot to improve in the healthcare systems we have now. Let’s think about it, how are the patients being treated. “The Swedish healthcare system cured my cancer but didn’t make me healthy,” said Aaron Anderson who represented the patient’s voice. After discharging from the hospital, he was left alone. He wasn’t sick anymore but at the same time he was far from feeling healthy. Technology, including wearables solutions, helped him to regain control over his health.

“We should talk not only about digitalization, but about digital transformation,” said Ilona Kickbusch, adjunct professor at the Graduate Institute of International and Development Studies (Geneva) and director of the Global Health Centre.  Digitalization in other sectors has increased the expectations of patients. If governments are not prepared to set rules, we might not be able to follow some principles: solidarity, equity, access. What’s more, if countries won’t govern digitalization, then digitalization will govern healthcare. If we won’t teach healthcare professionals and patients how to use digital tools, they will become the receivers of what tech companies offer. Mark Pearson, the Deputy-Director for Employment, Labor and Social Affairs in the OECD, said that we are years behind what is going on in other markets when we talk about the jobs shift in healthcare and digitalization. Technology changes the way people do their jobs and many doctors are not ready to adapt to new tools. Digital skills are crucial to strengthening the trust in technologies and to translate the potential of digitalization into benefits for patients. I would also add, that if governments won’t take serious responsibility for the digitalization of healthcare, one of the big tech companies may take over this task. Do we want that?

The digitalization of healthcare has been technology-driven so far but it is also important to make innovation vital. The technology itself is far too immature to build sustainable healthcare around the world, to ensure health and well-being for all as a human right. Yes, while our resources are strictly limited, digital health seems to be the best way to achieve universal health coverage. However, the power of digital health must be accelerated with the appropriate regulations, visionary policies, long-term strategies, interoperability and data security procedures. Otherwise we will end up in the reality, where digitalization is driven by commercial interests, data chaos will rise and the digital divide will undermine trust in digital health.