GAIA-X has the ambition to create a European wide network of stakeholders to drive digital data exchange. National hubs are growing like mushrooms after a rain shower and could become beneficiaries of projects under the European Data Strategy. At stake are billions of euros that the European Commission wants to invest in digital infrastructure.

GAIA-X is a pan-European project initiated by France and Germany to develop a federation of infrastructure and service providers for digital data exchange in Europe.

The Franco-German project supported by the German Federal Ministry of Economic Affairs and Energy (BMWi) and the French Ministry of Economy and Finance (MINEFI) was first presented at the Digital Summit in October 2019.

Established as a non-profit organization based in Belgium, GAIA-X AISBL aims to create the common requirements for an open, transparent digital ecosystem where data and services can be shared, exchanged and accessed in a trust-based environment. The idea is to prepare the ground for an ecosystem that enables data sharing between business, science and non-profit organizations, based on European values of transparency, openness, data protection and security.

“Europe makes extensive investments in digital technologies and innovative business models. We must ensure that those who drive innovations forward are also those who benefit in economic terms. This will help to secure value creation and employment in Europe,” according to the project brief. It is a fact that European businesses need an open digital ecosystem to compete globally—an ecosystem that enables both digital sovereignty for cloud users and scalability for European cloud providers. Europe must catch up in this field. Otherwise, the old continent will lag far behind the digitization leaders, namely the USA and China. It’s not just about the digital race, though, but also economic growth, jobs, innovation and, ultimately, social well-being. 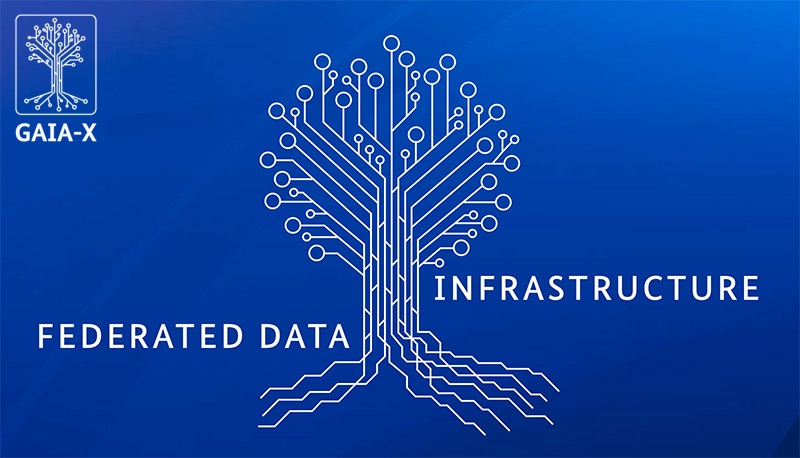 GAIA-X is intended to be a data infrastructure ecosystem across Europe. Therefore the project consolidates the already functioning initiatives in the EU Member States within its network. These will form the nucleus of the GAIA-X hubs. Such types have already been established in France, Germany, the Netherlands, Finland, Sweden, Belgium, Luxembourg, Slovenia, Austria and Italy. More are already forming in other countries.

The purpose of the national hubs is to develop local ecosystems, connect national initiatives, and provide a central point of contact for stakeholders in their countries. In addition, the activities of all GAIA-X hubs are to be coordinated to ensure international compatibility in their operation, definition of requirements, and identification of regulatory obstacles. A GAIA-X hub network thus established should then support ecosystem development through a “bottom-up” approach, i.e. from the national to the European level.

As intended, the hubs:

Membership in all national GAIA-X Hubs is free to all companies and organizations. Today, more than 500 organizations across Europe have already joined the project.

Those familiar with European politics will associate the emergence of GAIA-X with the European Commission’s Data Strategy. Its goal is to create a single data market that ensures Europe’s global competitiveness and data sovereignty.

Common European Spaces are intended to provide a secure and trusted infrastructure for data exchange and to increase the availability of data for secondary purposes, including, but not limited to, the development of innovation or scientific progress. The strategy calls for the creation of ‘European Data Spaces’ (EDS). This is now one of the European Commission’s top priorities for 2019-2025, including in the health sector.

According to the European Data Strategy and the GAIA-X principles, it should be no coincidence that we find many common points. Simply put: GAIA-X is a tailor-made initiative to create infrastructure and hubs that meet the objectives of the European Data Spaces. This is why there has been so much talk about it recently, with more local hubs joining the project. A vast amount of money is at stake – the European Commission will invest €4-6 billion in total in common European data spaces and a European federation of cloud infrastructure and services.

Of course, the European Commission acts only as a strategist – the establishment of the infrastructure and data space will be based on projects financed from the EU budget and implemented by local partners. GAIA-X partners have the opportunity to become major beneficiaries because they can offer an already functioning network of stakeholders able to form consortia seeking to implement EDS-related projects. This is why GAIA-X communicates that it is in an “ongoing dialog with the European Commission.”

GAIA-X has already gained an advantage from the start – it is the first foray into building the data infrastructure referred to in the European Commission’s Data Strategy. Suppose it manages to build an extensive network of local hubs that could become part of the European Data Spaces. In that case, GAIA-X – or, more precisely, its members – will be putting into practice the EU projects unveiled under the EDS. In the coming months, we can observe whether GAIA-X gains competition from other similar initiatives and whether it manages to maintain interest and momentum. For now, the buzz around the project is high, sustained by the final work on the European Data Strategy.

By the way—the intriguing name of the project is derived from one of the first Greek deities. Gaia (Gaea) was the mother of all life, the goddess of the earth. The originators probably came up with the analogy of data becoming the source (creator) of innovation, economic growth and prosperity. Paradoxically, Gaia was also the antagonist of the heavenly gods. She rebelled against her husband and then came into conflict with Zeus. May the development of data-driven projects and the digitization of Europe not have such a turbulent future.