Even years after the big hype, big data remains an exciting and groundbreaking development. This makes it all the more important to have the latest industry-specific insights and assess the potential impact on society. 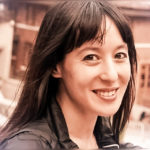 There are many unanswered questions regarding data in healthcare. For example, how does the increasing collection of health data affect the solidarity principle of health care? What does it mean for the behaviour of an individual and society if artificial intelligence can predict a probable serious illness? Does the use of health data serve to control and monitor or can it help people achieve their health goals?

The Sanitas Health Insurance Foundation and The Gottlieb Duttweiler Institute (GDI) recently hosted the “Future Medicine” conference in Rüschlikon, Switzerland. The event’s focus was the study “Does the smart de-solidarize? Scenarios for a datafied healthcare system”.

The right balance of prediction and control: 4 scenarios

The so-called “data processing” and digitalization of health employing the many tools, gadgets and analyses can lead on the one hand to increasingly precise predictions, but also to more and more behavioural controls. Examples are the pedometers of health insurance companies, through which one can achieve discounts in supplementary insurance, or the checking of a person after he has received the prediction that he will become seriously ill without a behaviour change.

In the tension between these two poles, both of which have the potential to undermine social solidarity, the GDI study developed four different scenarios for the future handling of health data. Importantly, each of the scenarios represents a self-contained extreme. More likely is a combination of several manifestations.

In this scenario, a strong state is responsible for the population’s health and collects health data centrally. In this way, prevention is very targeted (“prevention on steroids”), as many different aspects are included—for example, the influence of working hours or environmental pollution on health behaviour.

While this means extremely personalized, well-fitting and effective prevention, it also means prescribing behaviour. So what does the state do if someone does not meet these criteria and behaves in an unsound manner? Here, sanctions and incentives must be used. Or, as Jakub Samochowiec – Senior Researcher at the GDI Gottlieb Duttweiler Institute – put it, “If you don’t fit, you’ll be made to fit.”

One also thinks here of the Social Credit Score, introduced in China, which rewards “acceptable” behaviour and punishes others. Not to be forgotten: in this scenario, the state must provide the skills for healthy living. This includes a functioning and high-quality health care system and opportunities to do sports and eat healthily.

The prerequisite for the big business scenario is a completely deregulated healthcare market, or healthcare provision takes place on the free market. People with similar risks join together in independent so-called peer-to-peer insurance companies.

In this scenario, there are no longer any state insurance companies. Instead, people join together and check each other’s health. If not, people are kicked out of the risk pool and behaving healthy becomes a condition for solidarity—examples: Pay-as-you-live insurance. In addition, large technology providers act as ecosystem providers for health data, as is already the case with Apple or Google, for example.

The conditions for solidarity are very tolerant here; at the same time, the state is very strong in the Big Self scenario. It promotes healthy behaviour by providing information and opportunities to behave healthily. The goal is to empower individuals to control themselves and live healthy lives. Various studies show, for example, that people who monitor and track their own behaviour behave healthier.

However, the Big Self scenario is not just about data literacy but also about having the appropriate resources provided by the state. It is about government empowerment for healthy living and self-responsibility.

In the Big Community scenario, solidarity comes without a strong state because it is established through communities. The community empowers the individual to behave healthily. In turn, the individual empowers the community by voluntarily sharing health data and citizen science engagement as another aspect of solidarity. In addition, diversity is seen as (data) strength.

Do people also have a good side, or does big business always come into play in the end?

Felix Gutzwiller, President of the Board of Trustees, Sanitas Health Insurance Foundation, took an optimistic view: “Humans also have a good side,” and it is quite conceivable that healthy people would pay a kind of “voluntary solidarity contribution” into health insurance, or that other network-oriented solidarities will gain relevance.”

“Equally important are communities in which, for example, patients organize themselves for research purposes. These should be encouraged and supported,” said Marcel Salathé, adding that “within these groups, mutual trust is very strong and, accordingly, solidarity among each other is also very strong.”

“In the case of successful communities that are self-confident, well-organized and networked, and from which an exciting data pool emerges, big business would inevitably come into play again at some point. But this does not have to be a bad thing per se; it is simply important that the focus remains on the patients and their needs,” as Nikola Biller-Andorno emphasized.

The role of the media and communication

Returning to Felix Gutzwiller’s “solidarity batz,” moderator Karin Frei interjected, “What if you have to finance the smokers?”

It is completely understandable that people hesitate here, replied Nikola Biller-Andorno, Head of the Institute for Biomedical Ethics and History of Medicine at the University of Zurich. Still, ultimately it does not work without solidarity. Because in the end, each of us sometimes does something unhealthy, and it takes insurance to know that “if I’m really not doing well, others are there to help me.” In addition, he said, it’s important not to lose the argumentative exchange – “about evidence that’s there and evidence that’s not there. Outrage does not get us anywhere in the matter.” This was also confirmed by Marcel Salathé, Assistant Professor and Head of the Digital Epidemiology Laboratory at EPFL, who said that it was essential now not to play different behaviours off against each other.

In the end, it is not technologies and regulations that play the decisive role, but how society deals with them and empathy and interest in fellow human beings. There was agreement that communication from the authorities and the media was needed. The latter had it in their hands to be able to mediate and, especially in the pandemic situation, to create trust between the different groups and bring them closer together again. Communication is crucial to bringing solidarity back to life for the future.

Download here the study “Does the smartwatch de-solidarize? Scenarios for a data-driven healthcare system” (English, French and German version available)