Yesterday, Apple’s CEO Jeff Williams unveiled a redesigned Apple Watch Series 4. It’s slimmer, faster, available in stainless steel or aluminium with a new Digital Crown. It has a 30 percent bigger display. What’s far more important: It’s not anymore just a gadget that helps to measure physical activity and calories burned. New features prove that the company is taking the next big step into healthcare. Early this year, Apple released iOS 11.3 to allow its users to access medical records directly within the Health app.

– Apple Watch has become an intelligent guardian for your health. We want to do even more in this space – said Jeff Williams during the Apple’s launch event (September 13). There are three new heart monitoring features. First one is the notification when the heart rate becomes too low. It might be an early sign of a serious condition. When Apple Watch detects it, the warning will be displayed: “Low Heart Rate”.

The second feature: Apple Watch can screen the heart rhythm in the background what allows to detect atrial fibrillation. If an irregular rhythm is recorded, the user becomes a warning: “Your heart has shown signs of an irregular rhythm suggestive of atrial fibrillation. If you have not been diagnosed with AFib by a physician, you should talk to your doctor.” – We believe this is going to help a lot of people who didn’t otherwise know they have an issue – emphasized Apple’s CEO. 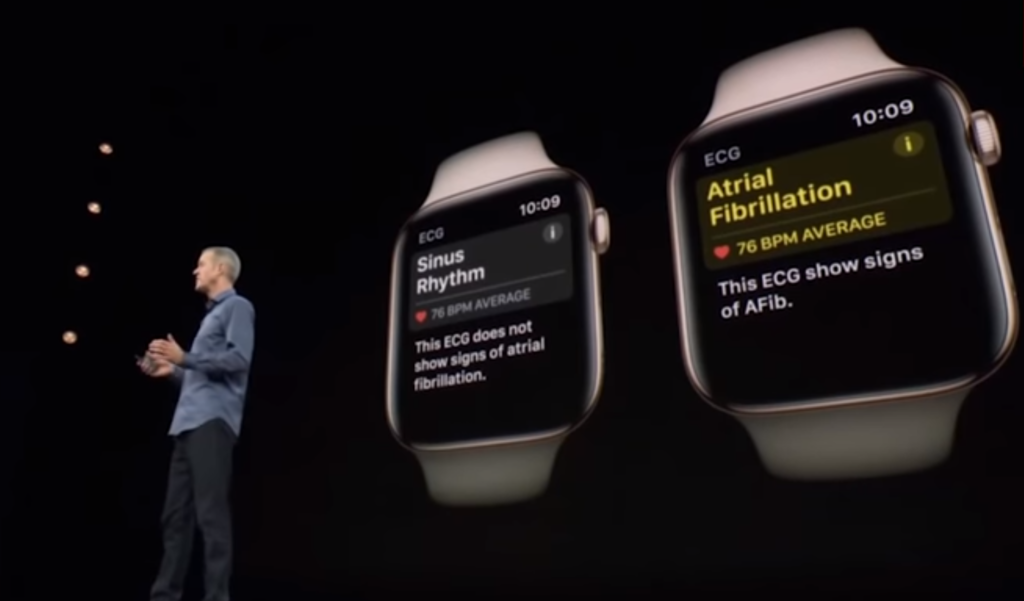 The third feature is based on a new electrical heart sensor and allows to make an electrocardiogram right on the wrist, in just 30 seconds. All you have to do is to open the Health app and put the finger on the digital crown. If the heart is beating in a normal rhythm, the app will classify the measurement as a “sinus rhythm”. All the recordings are stored in the Health App and can be shared with a doctor as a PDF file. The ECG feature in the Apple Watch Series 4 has received FDA clearance. Jeff Williams said “it’s the first ECG product offered over-the-counter directly to consumers”. It was one of the most controversial part of the show. In fact, the first was AliveCor’s Kardia.

Apple Watch has become an intelligent guardian for your health. We want to do even more in this space

In the background of the heart monitoring features, Apple introduced another innovation – fall detection. According to WHO data, falls are the second leading cause of accidental or unintentional injury deaths worldwide. Each year an estimated 646 000 individuals die from falls globally, particularly adults older than 65 years of age. Apple Watch Series 4 armed with a new accelerometer and gyroscope can now detect falls. Apple captured worldwide data on falls to study a repeatable motion pattern that describes falls, trips and slips. When the smartwatch detects a fall, it will display a warning: “It looks like you’ve taken a hard fall”. From this point the user can initiate an emergency call. If the watch senses the user doesn’t move for 1 minute, it will start the call automatically and send the location using the SOS feature. 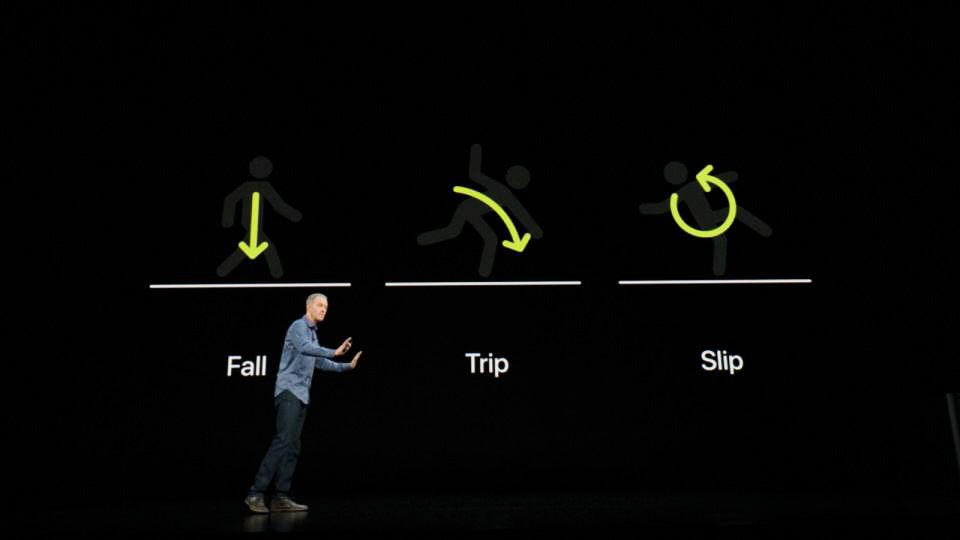 ECG, AFib detection and fall detection are great features but nothing revolutionary in the wearables technologies. For example, also this week AliveCor announced that the U.S. Food and Drug Administration had given the company’s KardiaK Software Platform the rarely granted designation of “Breakthrough Device.”  The KardiaK Platform screens for elevated levels of blood potassium – hyperkalemia, without requiring any blood from the patient. The technology employs a proprietary deep neural network trained to detect hyperkalemia using data from electrocardiograms (ECG).